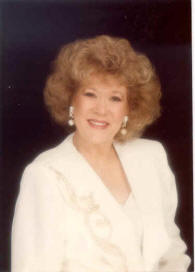 Texas Monthly, once listed power/influence brokers of Texas, saying about Johnnie Lou, "If you had one call to make, call Johnnie Lou Avery, management consultant, adroit business woman with lots of political savvy . . ." Texas Business described her as a "live wire . . .constant cheerleader for her community and state . . ." Dallas Morning News, while she was Chamber of Commerce president, described her as "one who could sell a corner lot in a prairie fire . . ." From West Texas Journal: "She's a trailblazer for women, advocate for business and education, fighter for quality of life for all . . ."

Every Texas governor from Mark White to Rick Perry has either appointed or reappointed Johnnie Lou to a state board or commission. She has received three Presidential/Congressional appointments.

After 21 years in education, she resigned as a college administrator to open a consulting company in personnel and organizational development, contracting nation-wide with business, education, and governmental agencies. As a public speaker and workshop leader, she easily formed a rapport with her audiences. Her success as an entrepreneur garnered her the Small Business Person of the Year award and at another time was chosen the SBA Women’s Advocate of the Year for her work in assisting other business women. She sold her company 14 years later due to her husband’s terminal illness. After his death, she returned to college work, retiring with 30 years tenure.

Experienced in managing her own investment portfolio, she is a stockholder of and bank director for Western Bank which has many bank sites in West and North Texas.

She also has hosted a television talk show since 1991 on the Midland NBC Station called The West Texas View. After the television program airs each week, it is carried for another week on-line through the television station’s web site. Though considering herself semi-retired, she also continues to do consulting, conducting workshops, and accepting speaking .engagements.

Having received many local, state, and national honors, her community and volunteer service spans business, economic development, politics, youth, education, health, welfare, spiritual, and life quality leadership roles. In addition to working hard for her own community, she serves a wider venue on many regional and state boards such as Texas A&M Center for Teaching Excellence, Samaritan Counseling Center, Area Aging Agency, UTPB Development Board, Southwest Collegiate Institute for the Deaf, and The TTUHSC Advisory Board. She was named Texan of the Year for her state-wide leadership by Texas Association of Extension Home Economists.

Johnnie Lou was widowed in 1990 after 33 years of marriage that produced a highly achieving daughter, Joni. She has since married a long-time friend, Bruce Boyd, who was her neighbor and classmate from elementary through high school. They settled in their hometown of Abilene after they married in 2004.